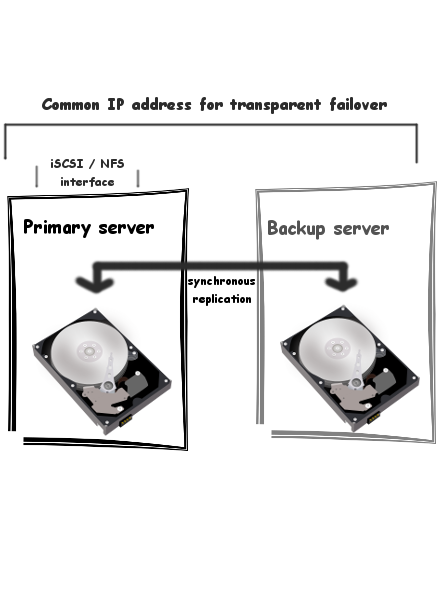 Storage is the foundation of every IT infrastructure, it keeps the data and your software. If you don't devote enough attention to this element it could become a single point of failure or a bottleneck.

Providing the required performance and availability of accessing the data becomes the key point in every project that entered the mature stage.

At some point questions are asked about risk of storage failure, data loss, how long it would take to restore the service, or recover from the backup. It often happens after we heard about such failure in another company or we were in a similar situation.

We may hit a bottleneck at the storage level during expansion of the IT infrastructure because it's difficult to scale in contrast to other elements. It's often difficult to even diagnose performance problems with storage.

An example configuration of storage servers we are using:

Every case is different, every customer is treated individually, so I encourage to contact me.